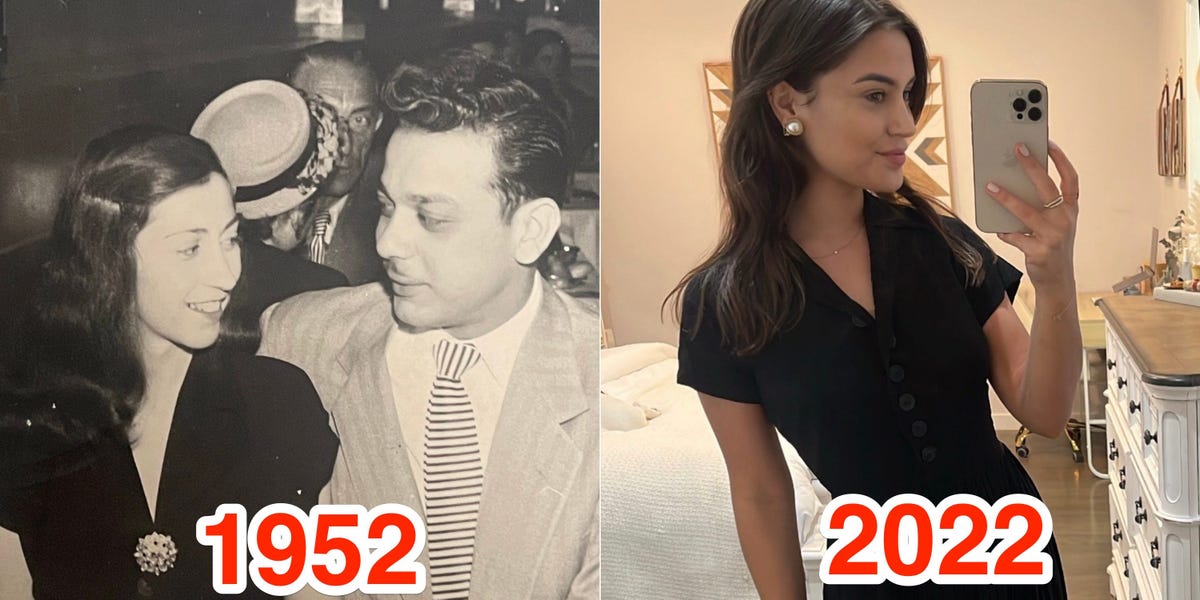 When Marie D’Allesandro Donato went on her honeymoon to New York in 1952, she packed everything she needed in one green suitcase.

Marie D’Allesandro Donato and Anthony James Donato met shortly after he got back from World War II. She told Insider that she played hard to get for a whole year, and it wasn’t until her older sister told her to give Donato a try that she decided to go on a date with him.

She was 22 years old and he was 27 when they got married in 1952 at the Saint Cosmos Church in Conshohocken, Pennsylvania.

After their wedding, the couple took a train from Philadelphia to New York City for their honeymoon. D’Allesandro Donato packed some of her favorite clothes for their stay at The New Yorker in Manhattan.

After the honeymoon, D’Allesandro Donato had the clothing cleaned and then packed up in the same green suitcase, where it would stay as it got passed down to her family members.

The 91-year-old grandmother told Insider that she decided to create a fashion capsule of what she wore because it was one of her favorite memories and she wanted to preserve that.

“The excitement of the future ahead was what my honeymoon meant to me,” she said. “I guess, in a way, I wanted to save that feeling in the suitcase for my daughters and their daughters.”