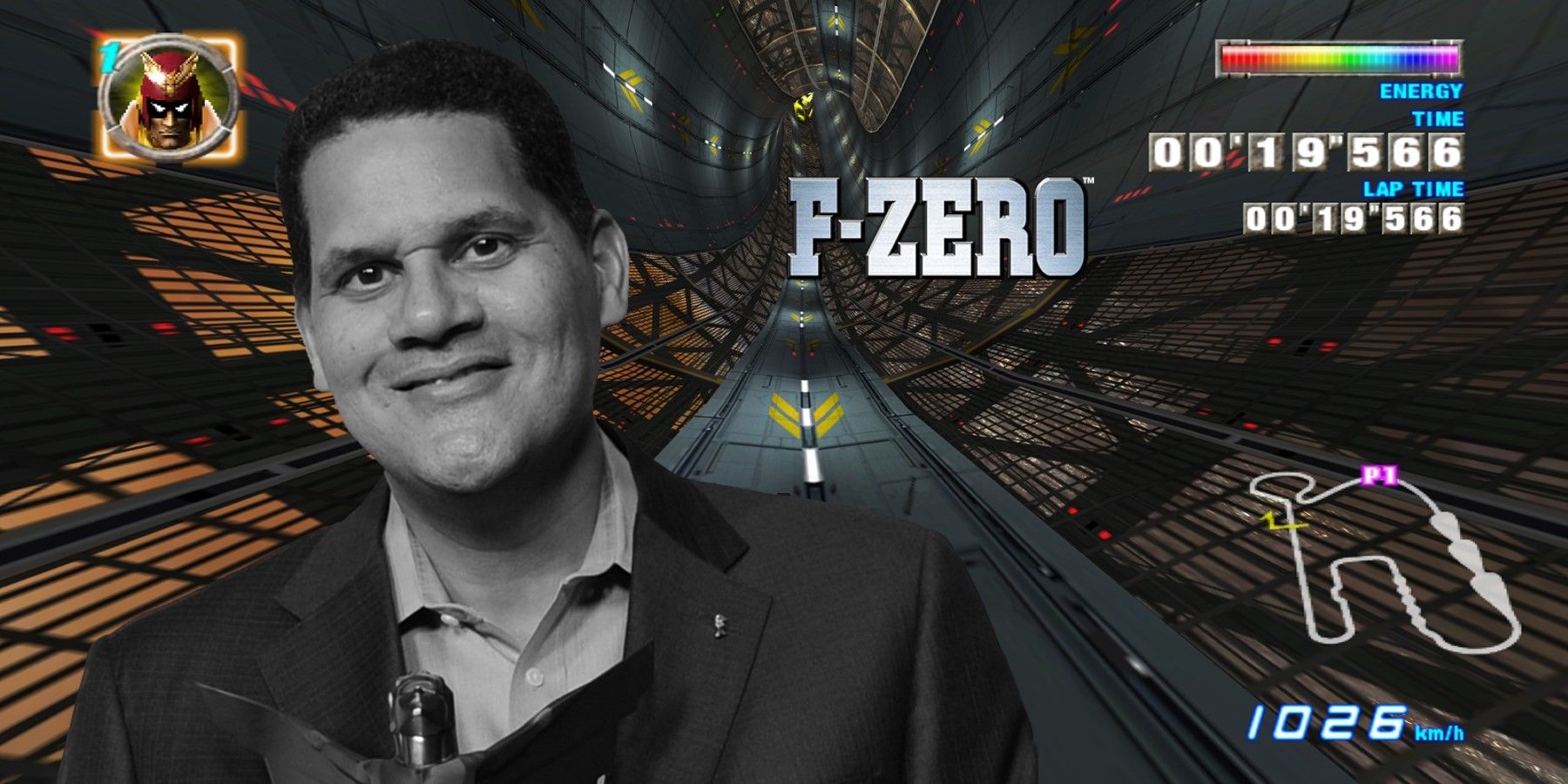 Former Nintendo of America President Reggie Fils-Aime recently shared an interesting tidbit about the gaming giant. Nintendo is known for its breadth of beloved franchises, such as The Legend of Zelda, Super Mario, Animal Crossing, and Pokemon. Some of those series have gone on hiatus over the years, and that includes the racing game F-Zero. However, video game icon Reggie Fils-Aime thinks it could be returning.

F-Zero is long overdue for a sequel, with the most recent addition to the series being 2004’s F-Zero Climax on the GBA. Fans have long hoped that Nintendo would bring the racing game back, especially on some of the more popular consoles like the Wii and now the Switch. According to Reggie, F-Zero has never been truly dormant behind the scenes.

In a recent interview with VentureBeat, Reggie shared that Nintendo developers have always been tinkering and working on different gameplay ideas for F-Zero, as that is the case with any existing franchise. Reggie believes that somewhere in the Nintendo headquarters in Kyoto, someone is working on an F-Zero idea. The former Nintendo of America president says that there are no conscious decisions to stop supporting a franchise.

My bet is that somewhere in the Kyoto development centers, some developer is playing around with an idea that might be applied to F-Zero.

One of the questions with an F-Zero return would be what the game looks like, especially on the Switch. It could be a polished and upgraded game over the old F-Zero GX formula on the GameCube. However, Nintendo could think outside the box and perhaps get Captain Falcon – the protagonist of the F-Zero games – out of his vehicle as well. Gameplay innovation is often at the forefront of Nintendo releases.

It certainly wouldn’t be a surprise for Nintendo to bring back the fast-action racer. The franchise has gotten love within other series over the years, including a mini-game on Nintendo Land on the Wii U and tracks in Mario Kart 8 Deluxe. The franchise is perhaps most popular thanks to Super Smash Bros. Captain Falcon has become a pseudo mascot of the franchise as one of only twelve characters to exist in all the games dating back to the series’ start on the Nintendo 64 in 1999.

It would be hard to imagine F-Zero staying dormant for much longer. There have been plenty of Nintendo franchises that were seemingly abundant that made a triumphant return. F-Zero will want to avoid the mistakes that Star Fox made with its return from hiatus. If Nintendo can revive Metroid Dread after over a decade of silence, then F-Zero would seemingly not be too far behind. It, along with a franchise like Mother/Earthbound, leads the list in Nintendo IP that many hardcore fans want to see come back.

Ever since Jonathan first laid his eyes on level 1-1 in Super Mario Bros., he has been hooked on all things video games. A self-proclaimed Nintendo nerd, Jonathan has owned every single Nintendo console (save the Virtual Boy) but also became a big fan of Xbox and PlayStation once the 2000s rolled around. Through news, features, reviews, and previews at Game Rant, Jonathan believes it is just as important to be critical in journalism as it is to be thrilled about the joy that top-notch game design can provide.