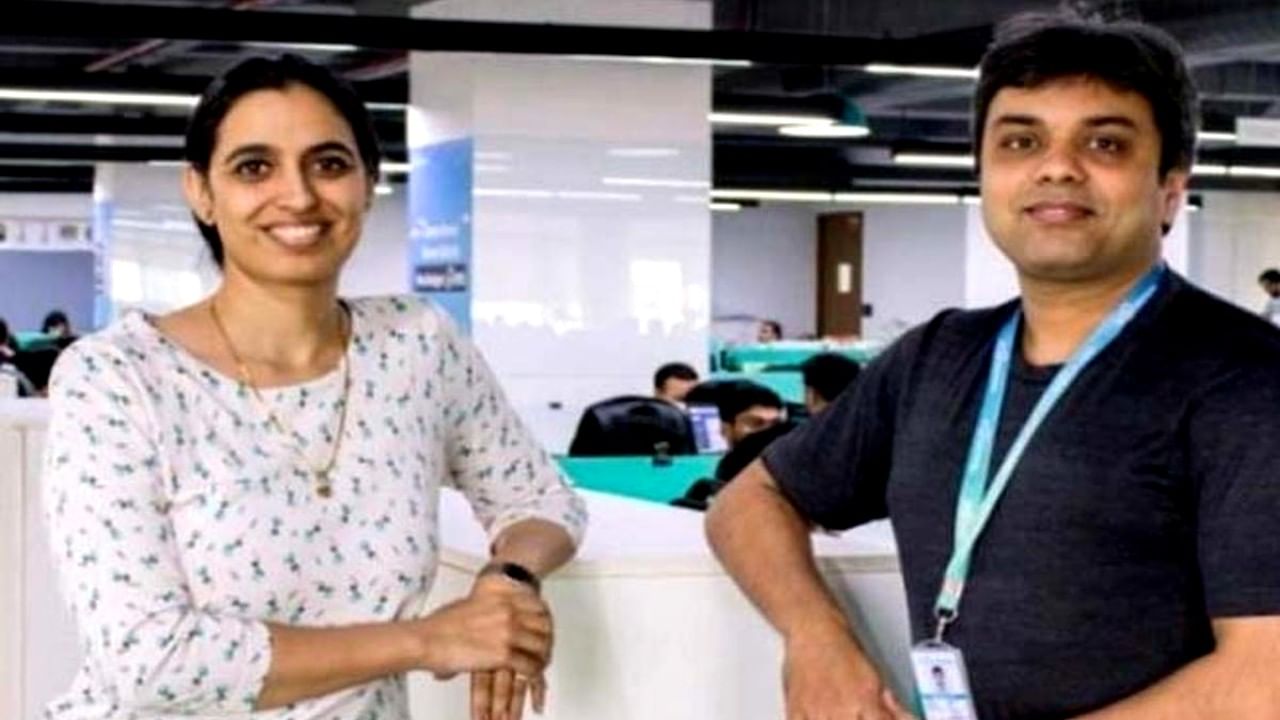 The story of the world’s first ‘unicorn couple’, who created history in the startup world, know when what and how it happened

Ruchi Kalra and Ashish Mohapatra are different startups and both have joined the Unicorn Club.

Success story of the first unicorn couple: Who are Ruchi Kalra-Ashish Mohapatra, how they met, how they both started their startup, what kind of challenges they faced, and how they made it successful, know the answers to these questions

Ruchi Kalra and Ashish Mohapatra are the only couple in the world who have separate startups and both have joined the unicorn club. This couple is discussed in the business world. Those startups are included in the Unicorn Club, whose value exceeds $ 100 million i.e. 7700 crore rupees. The special thing is that there has been a gap of only one year in the startup of both of them. Ashish Mohapatra’s startup name is ‘OfBusiness’. It started in 2016. At the same time, Ruchi Kalra runs a startup named ‘Oxyzo’ which started in 2017.

Who is Ruchi Kalra-Ashish Mohapatra, how they meet, how both start their startup, what kind of challenges they face and how they make it successful, know the answers to these questions

Who are Ruchi Kalra and Ashish Mohapatra?

38-year-old Ruchi Kalra was born in a Punjabi family in Delhi. Ruchi has a leadership quality from the beginning and she has also been an elected member of the student body. Ruchi did MBA from the Indian School of Business and IIT Delhi BTech.

42-year-old Ashish is originally from Odisha. Born in Cuttack, Odisha, Ashish did his early studies at SCB Medical Public School. Ashish did MBA from Indian School of Business and IIT Kharagpur B.Tech. He is known to work with a lot of patience.

After studying at IIT, both worked in McKinsey & Company. This is where both of them met and both of them had the same dream, to become an entrepreneur. In this way, both of them first became friends, then love and then married.

When and how did the startup start?

Ashish started the first startup. Started a startup named OffBusiness in 2016. It is a platform that provides raw material and credit facilities in the field of manufacturing and infrastructure.

Exactly a year later, i.e. in 2017, Ruchi started a startup named Oxijo with her husband and three other people. It provides loans to small and medium industries without any guarantee. Ruchi Ka Startup provides loan amounts within 72 hours at low-interest rates. That’s why it became quite popular and liked.

Ruchi has already been associated with Insurance and Retail Banking. At the same time, Ashish Mohapatra was the engagement manager at McKinsey & Company. The experience of both came in handy in startups. Both believe that if work is done keeping in mind a goal with a practical approach and if the existing tools are used properly, then success is certain.

In an interview, Ashish said, it was not easy at all. In 2016, when it was raising funding for its startup, it faced rejections about 73 times. Today it is discussed because it is a successful startup. Better investment and hard work of his team have an important role in its success.