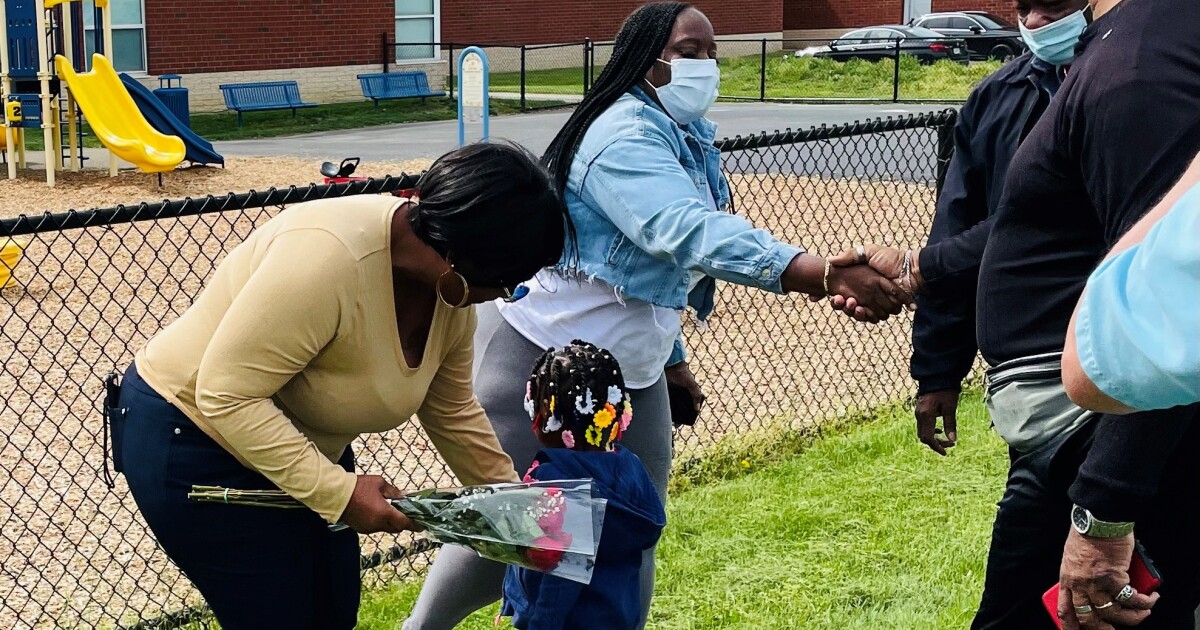 EUCLID, Ohio — Grandparents Khadijah and Sparkle Darcel Guy spend time a lot of time at playgrounds, with twin grandchildren, it’s part of their life. But the couple was at the right place at the right time when they were at a Euclid playground a few days ago.

“Thank goodness we were at the right place and the right time,” said Khadijah Guy, EdD.

It was a couple of weeks ago while watching their grandkids play, Sparkle Darcel Guy spotted a little girl wandering by herself.

“All of a sudden I heard the little girl, she started crying and asking for her mother,” said Guy. “I ran over to get her cause she started to walk out in the street.”

The couple went to nearby Bluestone School, called the police, and discovered the little girl walked away from a daycare nearby.

The little girl’s mom told us almost two weeks ago that she was grateful for the kindness of strangers and wanted to meet the couple. The couple saw our story, contacted us and a meeting followed.

Khadijah Guy understands how the young mother felt when she got the call at work about her daughter because 26 years ago she got a similar call at work from her daycare provider.

“It made me think of a child I lost at the hands of a daycare provider,” she said.

She said her seven-month-old son Naquari died at the hands of a daycare provider.

“I just wanted to make sure this child was safe, “she said.

Now strangers are united by a bond few people can understand.

“This is a blessing, a happy ending, all wrapped into one,” said Guy.

Download the News 5 Cleveland app now for more stories from us, plus alerts on major News, the latest weather forecast, traffic information and much more. Download now on your Apple device here, and your Android device here.