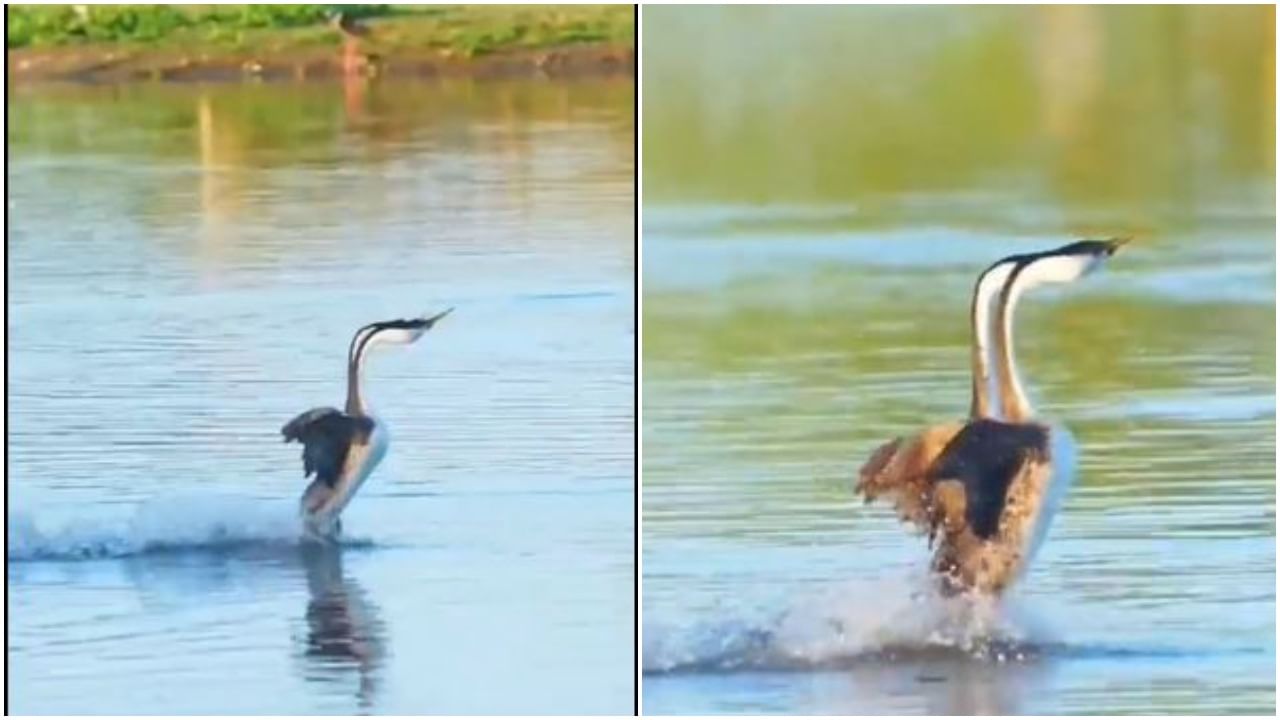 These days the video of two birds is going viral on social media. In which both of them are seen racing on water. This video has been shared on Twitter by an account named Figen. Which has got more than three lakh views till the time of writing this news.

Social media is a treasure trove of viral videos. Often such funny videos go viral here, which entertain people a lot. People also like laughing-tickling videos. Although sometimes such videos also become viral, which is quite surprising to see. In recent times, a similar video has surfaced these days. Where birds are seen racing among themselves on the water. Seeing which everyone is surprised because hardly anyone has ever seen birds walking on water in this manner?

In this video going viral, you can see that two birds are seen racing with each other on the surface of the water. Looking at this clip, it seems as if both of them are trying to prove something or the other. Users are surprised to see both of them running in this manner.

Love is such a thing… You can even walk on water!pic.twitter.com/2TjBDU51MB

This video has been shared on Twitter by an account named Figen. Till the time of writing the news, more than three lakh views have been received and more than 12 thousand people have liked this video. Apart from this, social media users have given their feedback through comments on this clip.

They are not making physics rules

Is it some Bollywood movie.

who said they are in love, what if they said the first one to drop in the water gets the kids😂


Commenting on the video, a user wrote, ‘These two are testing their respective Stamina’. On the other hand, another user wrote, ‘Anything can be done in love.’ For your information, let us tell you that these birds are members of the Grebe family of water birds, which are considered to be freshwater birds. According to biologists, as part of mating, this bird species runs up to 20 meters on water for 7 seconds.