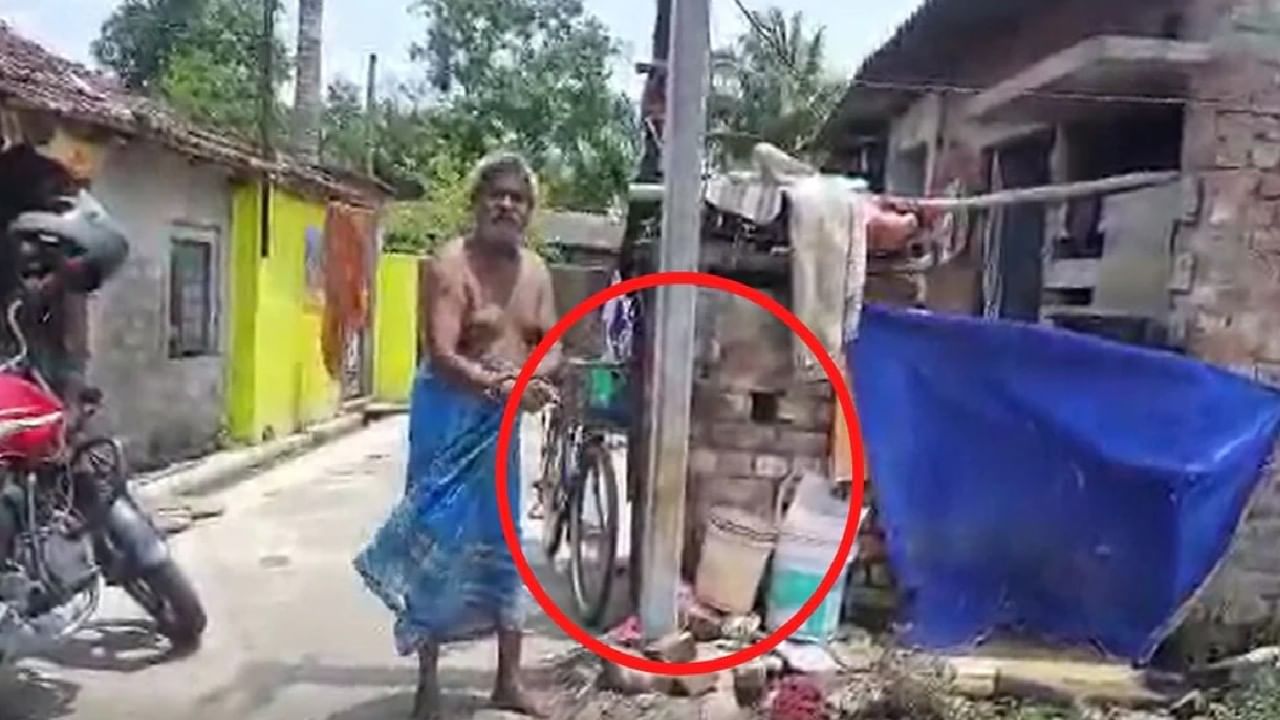 Written by bobby
Advertisements
Photo: Grandfather of a teenager who died in a bomb blast in North 24 district.

Incidents of violent incidents are continuously decreasing in West Bengal. In Rahra area of ​​North 24 district, a teenager has died in the explosion of a bomb found in a garbage dump.

West Bengal (West BengalSometimes in Murshidabad, sometimes Malda, sometimes Birbhum, sometimes North 24 Parganas and sometimes South 24 Parganas see the same picture. Incidents of bomb blasts keep coming to the fore. Bogatui scandal (Bogtui Murder CaseAfter the strict instructions of Chief Minister Mamata Banerjee, the activism of the police administration has increased. Despite this, every day somewhere from weapons recovered to explosions (Bomb Blast In West Bengal) events keep happening. On Saturday, a bomb found in a garbage dump in Rahra of North 24 Parganas district exploded. A 17-year-old teenager died in this. This has spread panic in the area. Police force has been deployed at the site of the incident. Police is probing the whole matter.

On Saturday morning, local person Mohammad Hamid went to pick up garbage behind Rahra police station. There he saw a box. At that time 17-year-old Sheikh Sahil was at home. Seeing Grandfather bringing the bucket, he saw the box in it. when he tried to open it. That’s when the explosion happened.

The minor was seriously injured in the explosion. He was first taken to Barrackpore Hospital. When the condition worsened, he was taken to BN Bose sub-division hospital. He was later taken to Sagar Dutt Hospital, where doctors declared him brought dead. In this regard, Mohammad Hamid said, “I went to the ground in the morning. At that time I saw a steel box. I picked it up to sell. I put it inside the bucket. My grandson saw the box and threw it on the light post. Then the explosion happened. He got injured in this. He was taken to the hospital when his condition worsened. There he died. Tension has increased in the area after the incident. Police have been deployed in the entire area. It is being investigated from where the bomb came from behind the police station.


Question raised on law and order due to bomb blast

Let us inform that since the West Bengal assembly elections, incidents of violence continue to happen. The CBI is investigating the case of post-poll violence. At the same time, after the massacre in Birbhum’s Bogtui village, CM Mamata Banerjee had directed the seizure of weapons. Since then, weapons are being recovered continuously and now again, questions have been raised about the law and order situation due to the bombs from the garbage house.